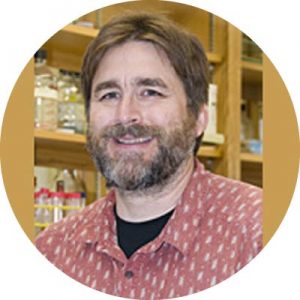 Post-transcriptional control of vertebrate development. In all animals, temporally and spatially regulated post-transcriptional events direct development during the first hours following fertilization. These post-transcriptional events regulate the expression and/or the activity of maternally derived determinant proteins that control embryonic cell-fate decisions. Our studies of Xenopus laevis embryos have revealed that the expression and activity of specific maternal determinants are regulated by mechanisms that control the translation of maternal mRNAs (McGivern et al 2008, Zhang and Sheets 2009a, and Zhang et al, 2009b) and mechanisms that control the phosphorylation of determinant proteins (McGivern et al 2009).

Regulated mRNA translation is an important mechanism for regulating early cell-fate decisions in vertebrate embryos. Embryonic cells destined to specific fates accumulate distinct determinant proteins encoded by maternal mRNAs. These determinant proteins often function in cell-signaling pathways that direct the activation of select genes in only certain embryonic cells. For embryonic development to proceed normally, the expression of maternal determinants must be tightly controlled both temporally and spatially.

The Xenopus xCR1 protein is a receptor of the nodal signaling pathway, and vertebrate development requires the precise activation of this pathway at a specific time and place during embryogenesis. This requirement is met by restricting the accumulation of xCR1 protein to the animal cells within the developing embryo through the regulated translation of the maternal xCR1 mRNA (Zhang and Sheets, 2009). The maternal xCR1 mRNA is translated in animal cells while the xCR1 mRNA in vegetal cells is translationally repressed. The functional unit of mRNA translation is the mRNP that consists of the relevant mRNA regulatory sequences associated with specific RNA binding proteins. We have defined the mRNP that mediates repression in vegetal cells as consisting of the xCR1 mRNA’s 3′ UTR associated with the Pumilio and CUG-BP1 proteins (Zhang and Sheets, 2009). We are currently focused on understanding the mechanisms by which the xCR1 mRNP represses translation in one cell type but not the other. These mechanisms are key to understanding not only the spatially regulated translation of the xCR1 mRNA, but how such translational events control the earliest cell fate decisions made during vertebrate development.