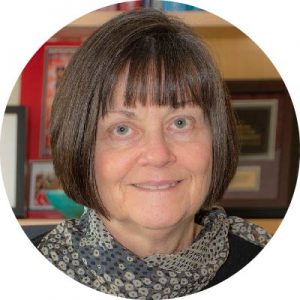 We are interested in the signaling pathways and gene expression programs organisms use to respond to changes in the levels of oxygen in the environment. Oxygen is essential for life of aerobic organisms but can also act as a poison by causing oxidative damage to proteins, lipids and DNA. Therefore, an organism’s ability to respond efficiently and precisely to oxygen is critical to its survival.

Our approach is to focus on the mechanisms of key transcription factors in Escherichia coli that regulate this single-celled microbe’s lifestyle in different oxygen environments. E. coli is an excellent model organism to investigate because of the rich history of study in this area, and because of the facile genomic, molecular genetic, biochemical and physiological approaches that can be exploited in this bacterium. Our findings also impact on understanding the integration of global regulatory networks with signal specific regulators to efficiently control gene expression in response to various inputs.

We are studying two transcription factors, IscR and FNR, that exploit Fe-S metal centers in the global response to oxygen. FNR contains an oxygen labile [4Fe-4S] cluster and functions as an oxygen sensor. IscR contains a [2Fe-2S] cluster and senses Fe-S cluster availability via cluster synthesis. Our results indicate that the properties of Fe-S proteins enable exquisite control of their function as transcription factors.

We are also discovering how these transcription factors reprogram gene expression to allow E. coli to adapt to oxygen limiting environments similar to that found in the gut, which is an important habitat of this bacterium. We have used global gene expression profiling (microarrays) to uncover the roles of IscR and FNR in controlling transcription under these conditions. As expected, we found that E. coli responds to oxygen deprivation by synthesizing proteins that provide alternate mechanisms for conserving energy when oxygen is not available. However, we also discovered new functions that are upregulated under anaerobic conditions and we hypothesize that these contribute in a novel way to anaerobic growth.