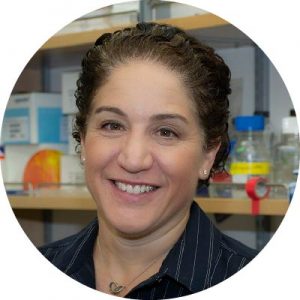 Development and differentiation are driven by coordinated changes in gene expression. Early zygotic development is controlled by maternally contributed mRNAs and proteins, and transcriptional activation of the zygotic genome is delayed until hours after fertilization. This delayed transcriptional activation is a nearly universal phenomenon in all metazoans. Immediately following fertilization, the genome undergoes epigenetic reprogramming to allow for the transition from a specified germ cell to the pluripotent cells of the early embryo. The zygotic genome remains transcriptionally quiescent during these initial stages. Only at later cell cycles is widespread zygotic transcription initiated. This zygotic genome activation is tightly coordinated with the degradation of maternally provided mRNAs at the maternal-to-zygotic transition (MZT). Thus during this discrete developmental time point the transcriptional profile of the developing embryo undergoes a monumental reorganization.

While most of the genome is silenced prior to the MZT, a small subset of genes is expressed. These genes control fundamental processes essential for the future development of the organism and allow for progression through the MZT. Despite the fact that these developmental events are common from plants to vertebrates, little is currently known about the factors that regulate zygotic genome activation at the MZT or the mechanisms that allow for the selective transcription of a handful of genes at earlier time points. An understanding of these mechanisms will provide insights into how the genomes of pluripotent cells in general, including embryonic, cancer and induced-pluripotent stem cells, maintain their broad developmental potential while being poised to differentiate.

We use Drosophila melanogaster to study these phenomena using a wide variety of tools including biochemistry, genetics, molecular biology, genomics, and cell biology. Broadly, we are seeking to understand three outstanding questions: (1) why most of the genome is not transcribed until many nuclear divisions after fertilization, (2) how a small number of genes are expressed when the remainder of the genome is not, and (3) what triggers the widespread activation of the zygotic genome at the MZT.