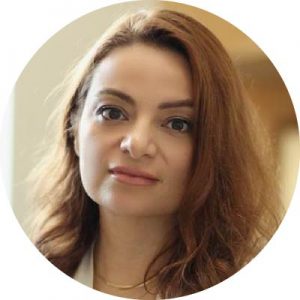 The endoplasmic reticulum (ER) is a dynamic organelle that plays a key role for cellular homeostasis, development, and stress responsiveness.  In response to cellular stress induced by toxins, unfolded proteins and inflammation, a well-established signaling cascade, the unfolded protein response (UPR), is activated. During UPR, perturbations in ER homeostasis are sensed and transduced by ER membrane localized proteins to the cytoplasm and nucleus to initiate a compensatory response.  While UPR plays a critical role for cell survival during acute stress conditions, hyperactivated UPR or unresolvable stress lead to cell demise. Thus, the unfolded protein response regulates both death and survival effectors. How or when these ER membrane proteins determine whether a cell will survive or die upon ER stress is currently unknown.

We recently showed that, the adaptive functions of the UPR were greatly reduced in β-cells of two different type 1 diabetes (T1D) mouse models and human patients during the progression of T1D. Diabetes incidence in these mouse models was dramatically reduced by mitigating β-cell ER stress with a chemical chaperone. These data suggest that the UPR plays a critical role in β-cell function and survival in T1D. Although this study provides the first direct link between the UPR and T1D pathogenesis and opens the door to a completely novel area of T1D biology, the β-cell specific function of the UPR sensors, their downstream targets, and the molecular mechanisms by which the UPR regulates pancreatic β-cell death/survival during T1D progression still remain largely unknown.

Our laboratory uses biochemistry, cell biology, genetics, -omics and immunology as well as sophisticated genetic and pharmacological tools to understand β-cell specific functions of the UPR sensors, their downstream targets and the molecular mechanisms by which the UPR regulates pancreatic β-cell death/survival.