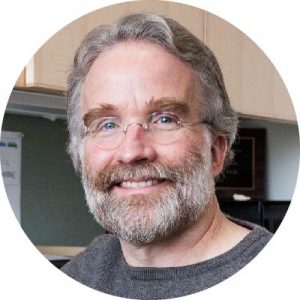 We study two essential biological “nanomachines” of gene expression, the spliceosome and RNA polymerase II (Pol II), using brewer’s yeast as a model system. Our studies on the spliceosome focus on U6 RNA and the dynamic RNA-RNA and RNA-protein interactions required for its assembly into the active site. Using genetic suppression analysis and in vitro biochemistry, we have defined a complex network of interactions that involves 3 RNAs (U2, U4, and U6), two helicases (Prp28 and Brr2), an RNA-binding protein (Prp24), and the largest and most conserved spliceosomal protein (Prp8). In collaboration with Sam Butcher’s lab, we recently solved the crystal structure of the core U6 snRNP (Prp24 bound to U6 RNA) at 1.7 Å resolution (see Figure 1).

Our work on Pol II focuses on transcription termination as a strategy for gene regulation. We discovered and are characterizing a pathway that uses the helicase Sen1 and a collection of RNA-binding proteins, including Nrd1 and Nab3, to terminate synthesis of short transcripts by Pol II (see Figure 2). This pathway aids in the synthesis of non-coding RNAs, as well as the regulation of mRNA levels. Mutations in the human homolog of Sen1 result in neuro-degenerative disorders. We are exploring the function and targets of the Sen1 termination pathway by genetics, genomics, biochemistry, and structural biology. 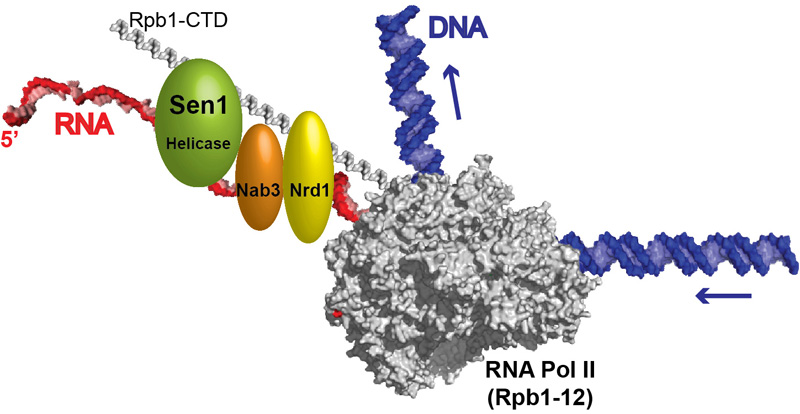 Perform a customized PubMed literature search for David A. Brow